Teamwork is amazing, but it also takes … work. What do you do when two of your best think the other is just the worst? How do you turn a workplace rivalry into co-worker camaraderie? Avoid making it a contest.

Plenty of managers and business owners tout the benefit of workplace competition. It forces you to do better, it exposes your weaknesses, it motivates you to do more.

A little friendly competition toward a shared goal is one thing, but pitting your employees against each other in an office Battle Royale does more harm than good in the long run. That’s because competition can elicit excitement or anxiety, and stretched over a long period of time both of those feelings can burn out your brightest stars.

And it’s especially harmful when rivals are on opposing sides.

Competition may result in a few good ideas or a short burst of increased productivity at first, as the two seek to outdo or one-up each other, but they’re not learning to work together and you’ll run the risk of losing one (or both) when they feel like they can’t win this competition.

Your office isn’t the Thunderdome. Don’t leave rivals to fight it out through political maneuvering, passing aggressive language and defensive posturing.

The takeaway here is to communicate often and openly the importance of the team and the shared goals you are trying to reach. We only succeed as a team. Every success is a shared one. Which means every challenge is shared, too, including the rivalry.

Feel that tension in the air? So can everyone else. When rivals are in the room together, everyone knows it. But many managers will try to ignore a workplace rivalry, assuming it will either work itself out or that the employees should just put their differences aside and get the work done.

Ignore it and it will just go away? Not likely.

Refusing to acknowledge the problem with your employees denies them the chance to voice concerns and feel heard by their leader. They can end up feeling trapped or devalued, which can affect their work and their desire to stay.

Try to see the situation from their perspective; don’t try to speak for the other person. Just listen.

Instead, get in front of the problem. Take each team member aside and talk to them about what they’re experiencing.

Be mindful when listening to their complaints and perspectives. Try to see the situation from their perspective; don’t try to speak for the other person. Just listen. Acknowledge their experience. It can tear down walls you didn’t even know were there. Which is good, because you’re going to ask them to do that again … with the person they’re least likely to open up to.

Ask them to be vulnerable.

This is probably the hardest step, but I believe it’s the most important. Empathy is not a natural skill for everyone, compromise takes practice, and trust has to be built over time. If they’ve been open and honest with you, it’s time to ask them to do the same with each other. 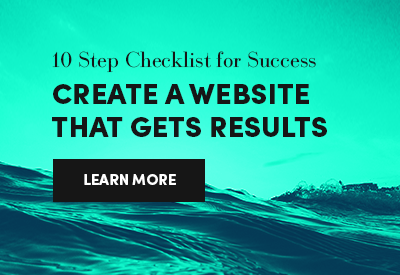 The last co-worker conflict I had stopped dead in its tracks when we sat down with coffee and shared how we felt about our roles and how we thought we were perceived by others. We admitted insecurities, shared past experiences that informed our reactions, and brought solutions to the table that we both agreed to.

How did that meeting happen?

Our work relationship improved, and because of that our work improved. We could rely on each other, trust each other, ask questions and broach new ideas. The rivalry had ended and a stronger, dynamic duo was born.

Want to Be a Better Marketer? Challenge Yourself to a Device Detox

How to Get Free Publicity and Backlinks with HARO