If this bathing suit looks familiar, you’re not alone. It wasn’t on the cover of a fashion magazine and no, Beyonce didn’t give it her stamp of approval. It’s from a Sunny Co Clothing social media promotion that became a viral phenomenon—and then a phenomenal cautionary tale—in a matter of hours. The “Pamela” swimsuit product shot flooded Instagram when Sunny Co Clothing offered up this promotion: Repost the image and tag the company and you’ll get the bathing suit, which typically retails for $64.99, for free. Just pay shipping and handling. Bonus—every share earned a $1 donation from Sunny Co Clothing to Alzheimer’s Research. If you promise a free bathing suit to the masses, the masses will come. SunnyCo Clothing did not anticipate the volume of participants for their new contest. The contest ran for 24 hours, and in that time they generated some incredible, and daunting, social media statistics:

SunnyCo Clothing quickly realized they would not be able to handle the volume of participants and made an attempt to alter the rules of participation for the Instagram giveaway.

Pay careful attention to Rule #3 in the photo above, which indicates that even if you participated based on the original rules, there would be a chance that you would not receive your promo code for a free bathing suit.

As you can guess, many participants were not happy about the new rules. Worse, some stated that they were charged full-price for the suit even after using the code. Yikes! People began to look at the promotion as a scam. Twitter responded with typical meme savagery.

Update: SunnyCo Clothing has since deleted their Instagram account following the backlash they received. The Pamela Sunny Suit is also sold out.

There is no word yet on whether there are any legal implications for this Instagram giveaway, but it is something to be mindful of. Social media contests and promotions are a fun and engaging way to interact with your fans and social networks. Always start with understanding the legalities of your promotion or activity.

Make it clear who participants are.

If you are running a contest that requires other users to post something using their social accounts, they need to include #contest or explain to their network that the post is a part of a contest in some way. If the promotion includes posts from paid influencers, those posts also need to be tagged as #sponsored.

Read More: What Fyre Festival’s Failure Can Teach Us About Influencer Marketing >>

Who can enter and how?

Always state who is eligible and how to participate. The clearer you are with the rules of the contest, the less likely you will be to get in trouble with the law or face unhappy customers.

Each social network (Facebook, Twitter, Instagram, etc.) has different user guidelines and regulations. Become familiar with the rules of each network to determine if one or all networks will be eligible to host your contest.

Familiarize yourself with state-specific rules.

Some states have separate laws regarding hosting contest, giveaways or sweepstakes. If you operate in one state, it is a good idea to become familiar with and stay up to date with these laws. This is especially important if you are expanding into new states.

If you’re unsure about the legalities of hosting a social media contest, check with a legal professional that specializes in digital marketing and contest/sweepstakes rules. There are also companies that specialize in social promotions and will handle all of the legal oversight for a fee.

If someone in your company is itching to unleash a social media promotion, here are a few things to consider before moving forward.

SunnyCo Clothing did not expect their contest to go viral; no one can. Having a clear plan before pushing a contest live can help make the unexpected a win for your company, rather than an embarrassment.

Want help with your next social campaign? Drop us a line. We’ll help you identify smart goals and a plan of action. 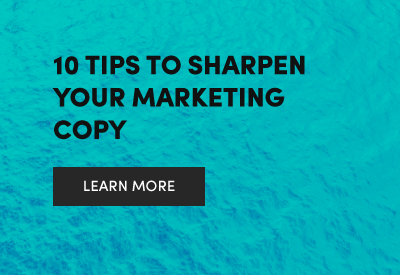 What Fyre Festival’s Failure Can Teach Us About Influencer Marketing

Rise of the Robots: Will AI Replace Human Content Creators?

Want to Improve Admissions Yield? Use These Content Strategies

It's officially admissions yield season. While colleges and universities naturally hope for deposits the moment they begin to admit their...

If you want to increase your exposure and conversions, you have to leverage video in your higher ed admissions marketing. That...

Video in marketing (and sales) is here, people. For you hungry marketers and sales folks out there eager for growth,...